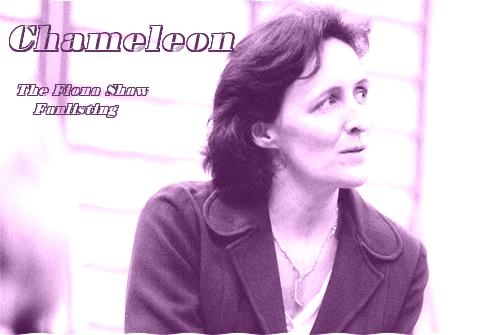 What is a Fanlisting?

A fanlisting is a place for all fans of a particular movie, singer, or in this case actress, to come together. It is a web clique that lists fans of a particular subject. Unlike most web cliques, a person does not need a web site in order to join. Fans from around the world submit their information to their approved fanlisting and they are then listed to show their love for the subject. All the different Fanlistings dedicated to a wide variety of sujects are collected and listed at The Fanlistings Network.

Who is Fiona Shaw?

Fiona Shaw, who was born in Cork in 1958, read philosophy Cork University before moving to London to attend RADA (the Royal Academy of Dramatic Art). Since graduating she has appeared to critical acclaim across the world.

On Stage:
She has worked with many different companies, including The National Theatre and The RSC. Initially known as a comedic actress, she made her name as tragedienne with her collaboration with innovative stage director Deborah Warner in their production of Electra. Since then they have collaborated many more times and produced work as diverse and powerful as Shakespeares 'Richard II', 'Medea' and the stage adaptation of Jeanette Winterson's The Powerbook. Her many stage credits incude: 'Love's Labours Lost', 'The Taming of the Shrew', 'The Rivals', 'Bloody Poetry', 'Footfalls' and 'Hedda Gabler'.

Awards:
Ms. Shaw has received many theatrical accolades including the Evening Standard Drama Award and Olivier Awards for Best Actress for her role in Stephen Daldry's 'Machinal' at the Royal National Theatre. She has received Olivier Award for Best Actress for her roles in 'As You Like It' (Old Vic), 'Electra' (Royal Shakespeare Company) and 'The Good Person Of Sechuan' (Royal National Theatre) which also won her the London's Critics Best Actress Award.

On Television:
She has appeared in programmes ranging from 'The Adventures of Sherlock Holmes' and 'Hedda Gabler' to 'Gormenghast' and 'Empire' via 'Maria's Child' and 'For the Greater Good' and 'Mind Games'.
Her diversity is such that she is also a regular broadcaster, appearing sporadically on radio 4s Arts Show as well as presenting, she was William Shakespeare's advocate in the Great Britons series and occassionally pops up on UK Radio, most recently with a documentary about the Virgin Mary.

On Film:
Ms Shaw can be seen on the big screen in many movies including 'My Left Foot', 'Mountains Of The Moon', 'London Kills Me', 'Three Men And A Little Lady', 'Triumph of Love', 'The Last September', 'The Butcher Boy' and 'Jane Eyre'. Although she is perhaps most famous for her role of Petunia Dursley in the Harry Potter films. For a more detailed filmography see Ms Shaw's IMDB Profile.

Recently:
Having recently peformed the role of Portia at the Barbican Center in the International Theatre Festivals' production of Julius Caesar before taking it across Europe, Ms Shaw can be seen in the UK in Empire on the Hallmark channel over three nights from Saturday 27th to Monday 29th August.

So if you want to proclaim your esteem for Fiona Shaw to the world, this is the place to be.